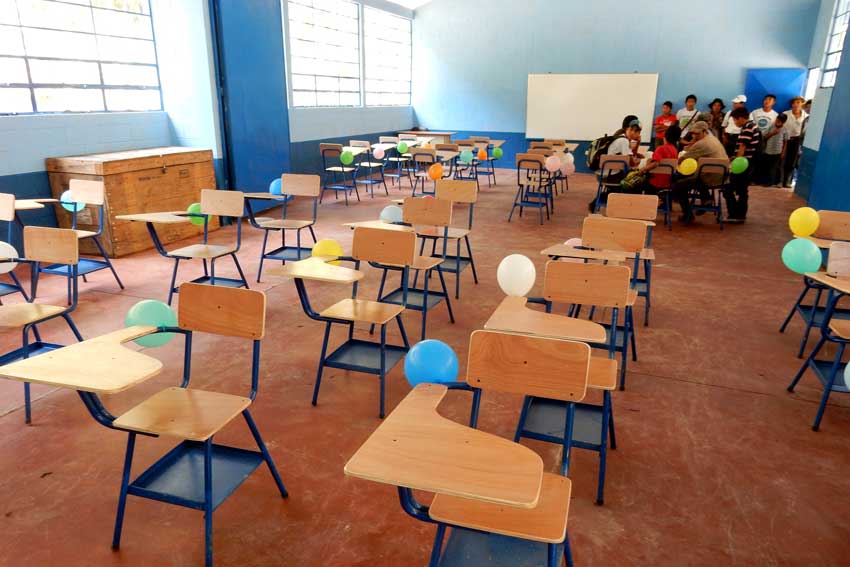 The remote Mayan village of Argentina, located in the tropics of Guatemala, was doing its best to educate their children. Their small one-room classroom had a dirt floor that turned to mud in the rain due to a leaky roof. The village has no electricity, so large areas in the eaves were left open to the elements to allow some sunlight into the room. Unfortunately, this also allowed in bats, rats, chickens and snakes. The sole instructor taught all six grades in the one small classroom. The children, who had never seen foreigners, were initially frightened when the UbF volunteers arrived for a needs assessment.

Upon learning of the lack of decent classroom facilities, Leon Saja and his family donated funds to UbF for the construction of a new school, which was completed in February of 2014. When the UbF volunteers returned the following year they found a lovely blue concrete block school with lots of windows and plenty of desks for all. A playground and fence were built the following year. The community celebrated its new school with dances, marimba music, turkey soup and piñata. The children eagerly embraced the volunteers, knowing that they could trust them. Thanks to Leon Saja and his family, the children of Argentina will now have a better environment in which to get the education they need to prepare them for a brighter future.