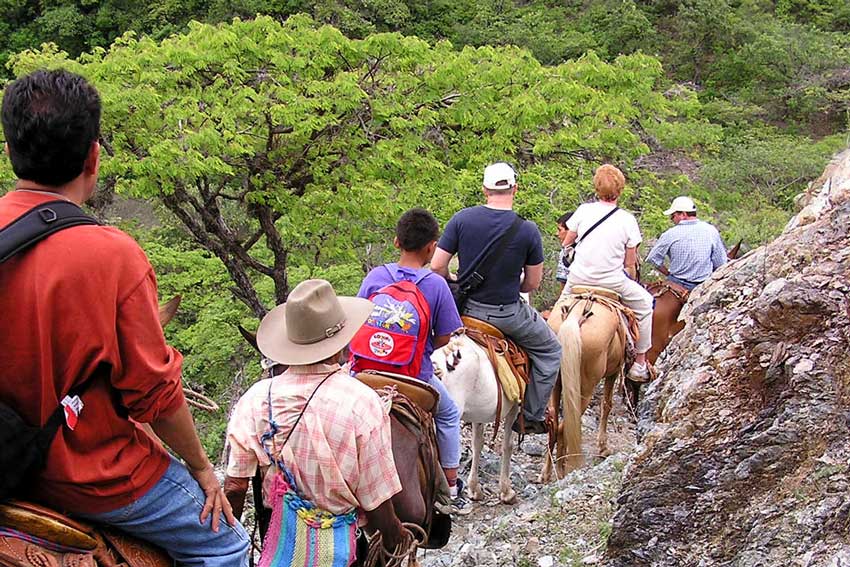 When the small distant village of Loma La Cal invited UbF to visit, there were no roads to the community, so the volunteers hiked in and travelled on horseback. When we arrived we found an impoverished situation. The 23 families were sustained on the beans and corn they managed to grow during the rainy season. There was little to eat in the six months of dry season. However, there were plans to build a dirt road to Loma La Cal soon. Their leader explained the transformative implications of a new road when he said, “With a road we will have a way to get our produce out to markets.” His vision was to build an irrigation system, allowing them access to water year-round and thereby expand their crops to include squash, melons, peanuts, chili and tomatoes. UbF partners with small communities to stimulate economic development and chose to work with Loma la Cal on the construction of an irrigation system. UbF provided $13,000 toward the materials needed for channeling the water from a spring located six kilometers away. The community provided the manual labor and the local county engineer provided the design and supervised the construction.

The UbF team returned to a joyful celebration the following year. To the strains of marimba music, the people proudly escorted the volunteers to their fields where they demonstrated the irrigation system in action. They explained how they were able to join a regional co-op and would be exporting their first harvest to California. Thank you to all who helped to make the irrigation system possible for Loma la Cal. It is exciting to see the difference we can make when we work together, united in friendship and commitment.